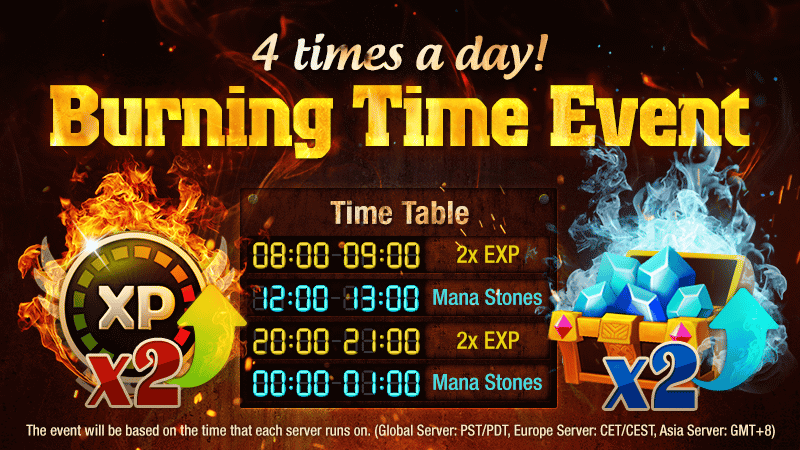 Greetings from Com2uS!
Summoners War will be holding a 10-day Special Burning Time Event!
Take advantage of this awesome chance!

- 2x Mana Stones will be applied to all scenario areas (13 areas) of all difficulties.
(Secret Dungeons/Hall of Heroes in the Cairos Dungeon will be excluded.)

- If you've already purchased the EXP Booster and if the booster is already in use,
the remaining event time will be added to the booster time based on the time you've accessed the game instead of temporarily holding the booster time.

* 2x EXP from the EXP Booster and 2x EXP from the burning time event can't be applied at the same time.
(Ex. You can't get 4x EXP by using EXP booster during the 2x EXP Burning Time Event.)