Hi, it's Com2uS!
Summoners War v3.7.2 has been updated. Please check below for details!

> Some skills have been balanced. 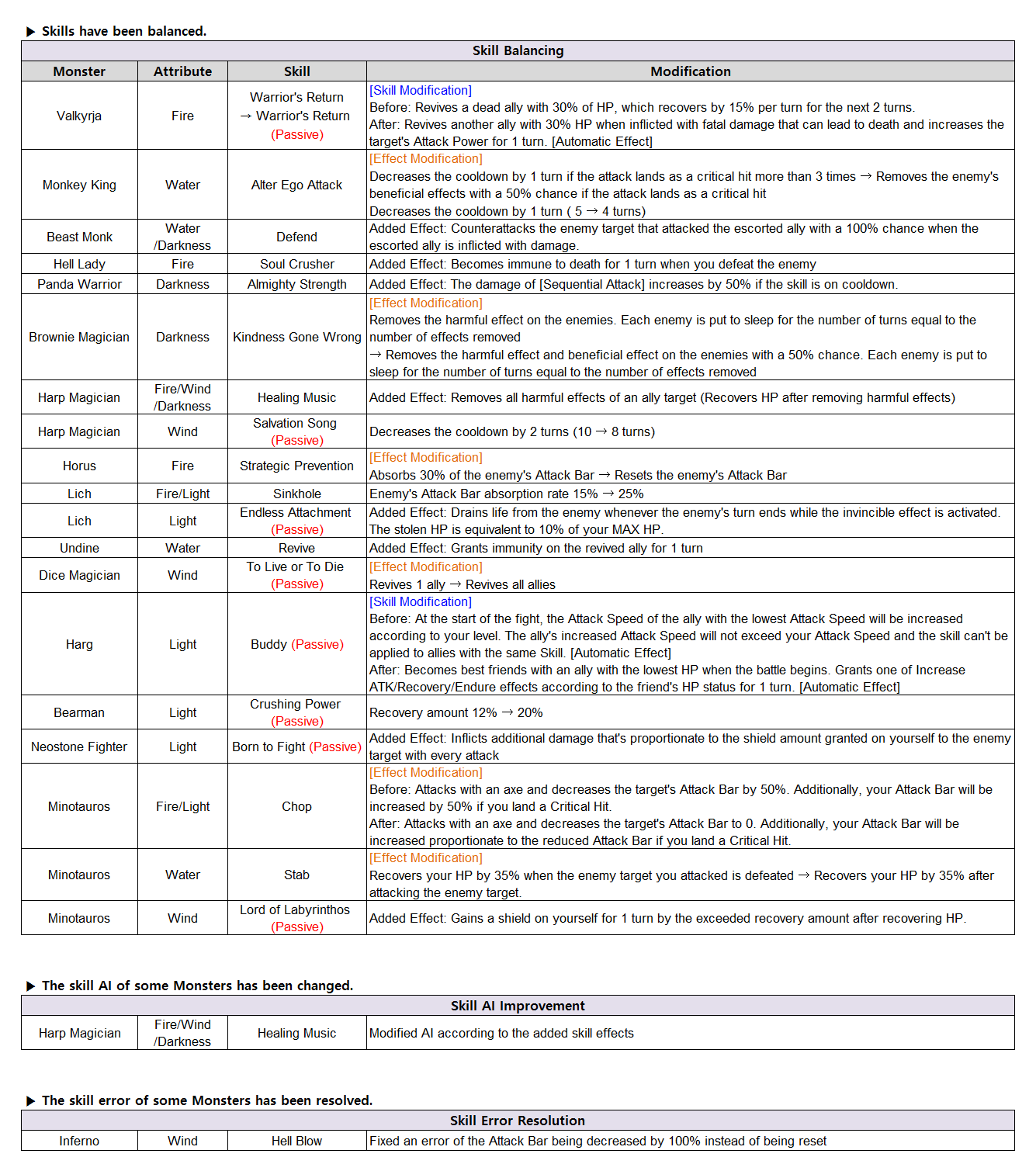 > [Guild Megaphone] improvements
- You'll now have to wait for an hour instead of 5 minutes to be able to use the Guild Megaphone again once you've used one.
- An issue of the [Guild Megaphone] not working properly for Guilds that have long Guild names has been resolved.

> Bug Fixes
- An issue of the thumbnail of Light/Dark being switched for some transmogrification items (Burning Conqueror's Rune Magic Power/Flying Feathers) has been resolved.
- [Japanese] A text error of Light Bearman has been resolved. 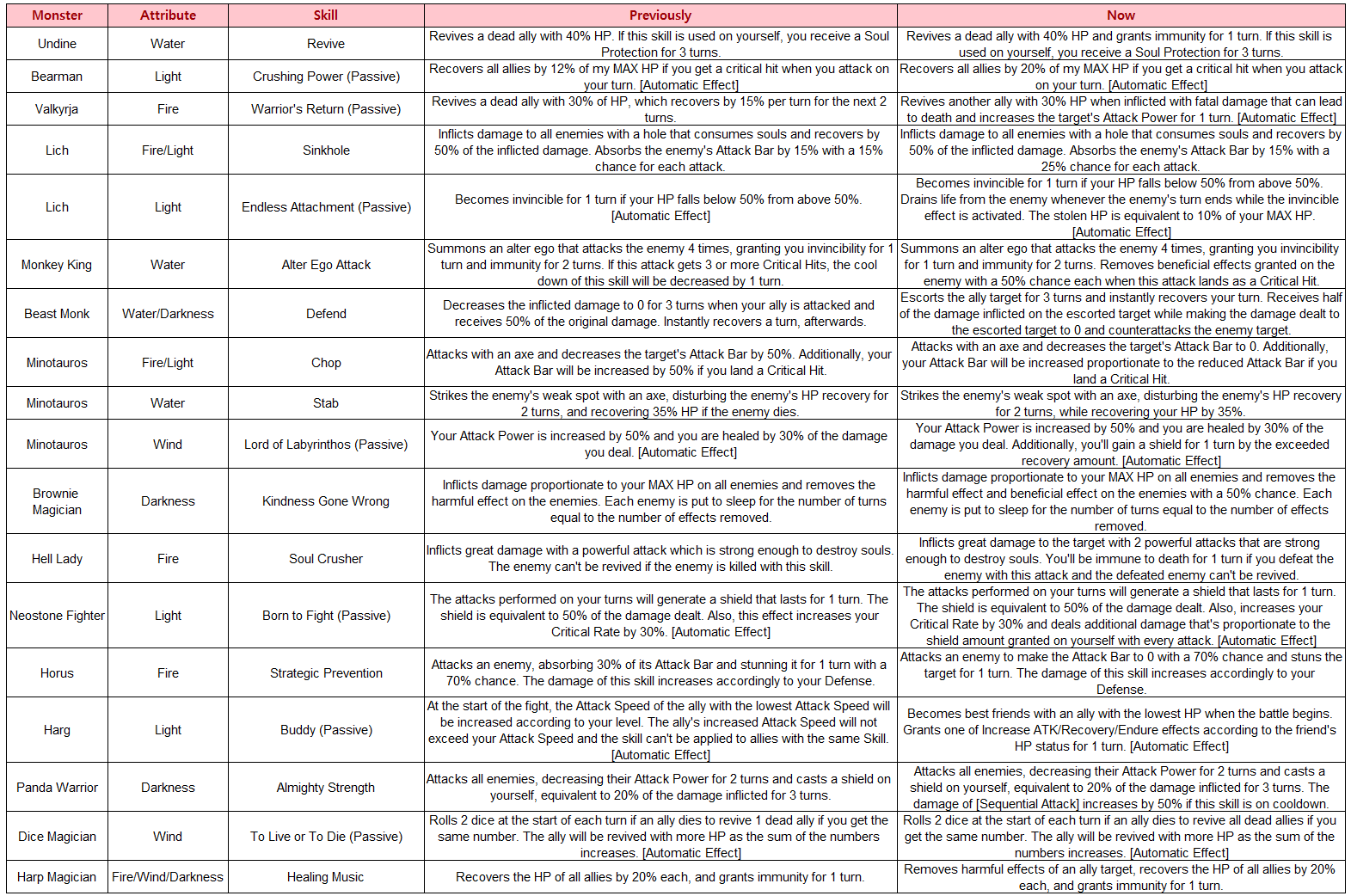