Summoners War v3.8.4 has been updated.
Please check below for details!

> A real-time strategy battle among all Summoners! [World Arena] Season 5 will begin.
- The World Arena (Season 5) will start on Apr. 16th 1:30am PDT on all servers.
- Rewards for Season 5 are as follows. 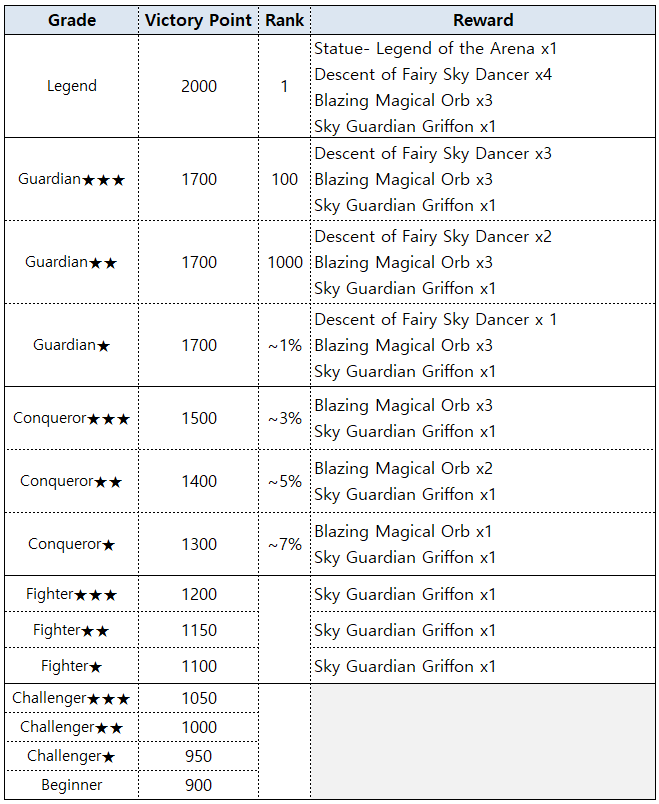 > UI Improvement
- The chat window will now be kept without being closed in the battle result screen.
- [Monster Menu] The current scrolling info will now be kept in the same spot even after the Monster Awakening.
- [Power-up Circle] Monsters will now be sorted based on the Monster grade, attribute, default star grade and so on to be shown more effectively. (Sorting based on Monster Level/EXP has been excluded.)
- [Record/Share Replay] You'll now be able to view loading screens that match the battle during replay.
- [World Arena] The position of ally Monsters being placed in the battle has been changed.
- [World Arena] The order of the enemy Monsters being placed has been changed from the right to the left side [based on the Pick].

> (Ride) Effects of Flame War Horse and Frost White Horse have been improved.

> An issue of the Arena Legend Weekly Reward (Light Neostone Agent) being incorrectly displayed as an Awakened version has been resolved.