Summoners War v3.8.8 has been updated.
Please check below for details!

> Quality of Runes dropped in all areas of Cairo's Dungeon (Giant's Keep/Dragon's Lair/ Necropolis) has been improved.
- The upper ★ grade and Hero - Legend Rune drop rates have been increased slightly.

> The [Shop] that appears when you don't have enough Energy in battles has been improved.
- Energy item that can be purchased with SP (Hearts) has been added.
- A [Close] Button where you can close the Shop has been added at the bottom of the menu.

> UI Improvements
- New [Send All] function has been added in the [Community]. You can now send SP to your friends at once.
- When you enter battles through the [Gateway], you will return to the island screen after the battle ends.

> Returning user's check-in reward has been renewed.
* This modification will be applied after the v3.8.8 patch completion on Global Server. (After Jun. 14th 12:30am PDT)
: (Dormant users with no gameplay record for 30 days or more) 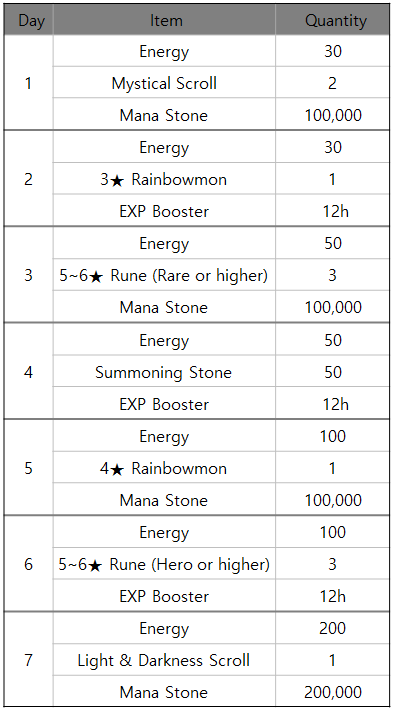 : (Dormant users with no gameplay record for 15 - 29 days) The same check-in rewards of the previous ones will be given. 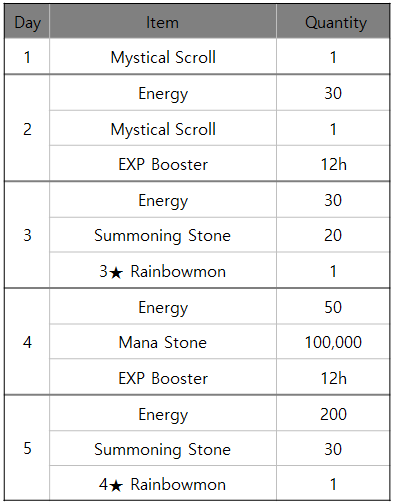