Summoners War v4.0.5 has been updated.
Please check below for details! 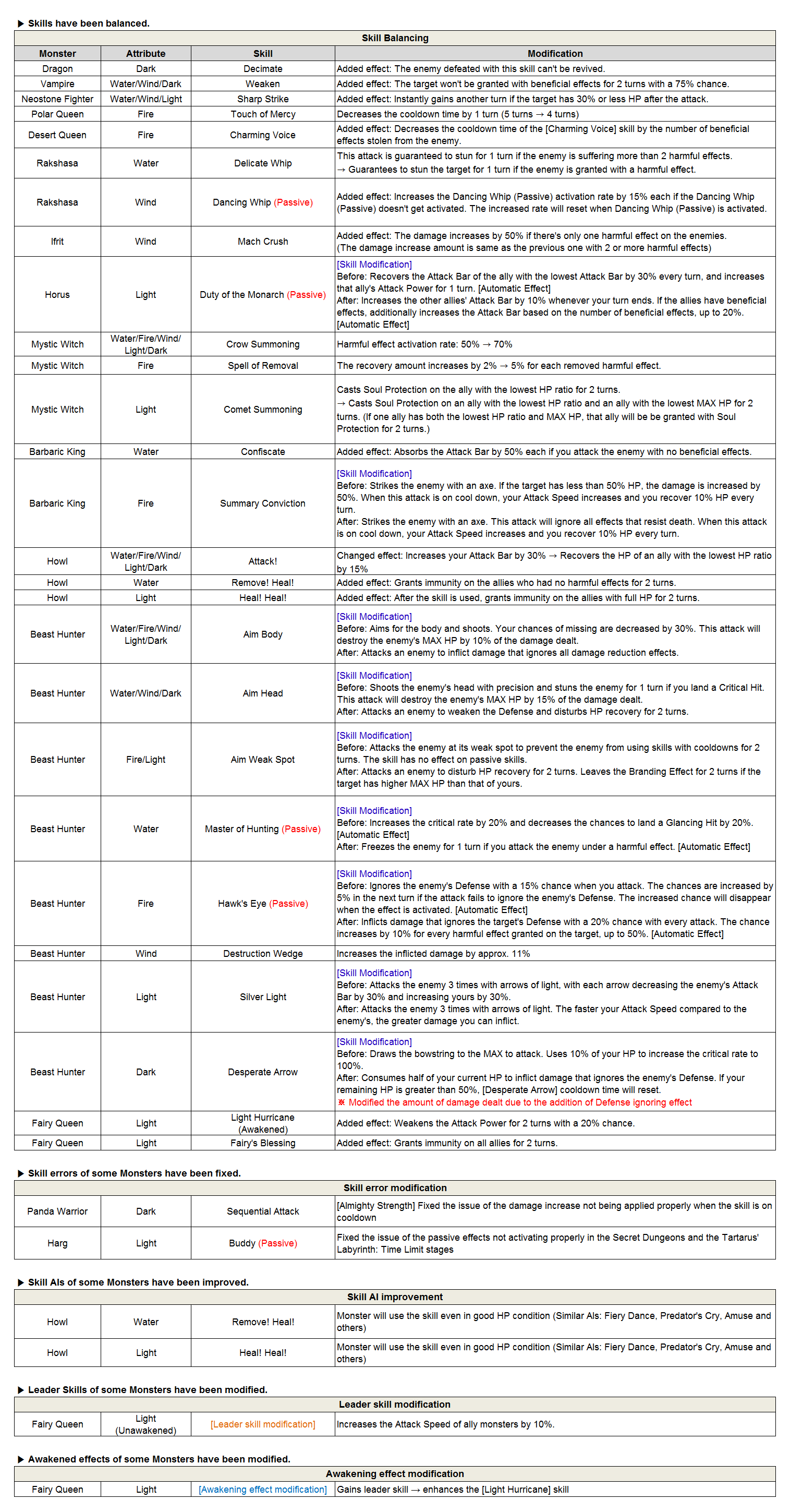 * An additional modification has been made and some contexts were omitted from the Monster Balancing and Improvements notice. We ask for your kind understanding. 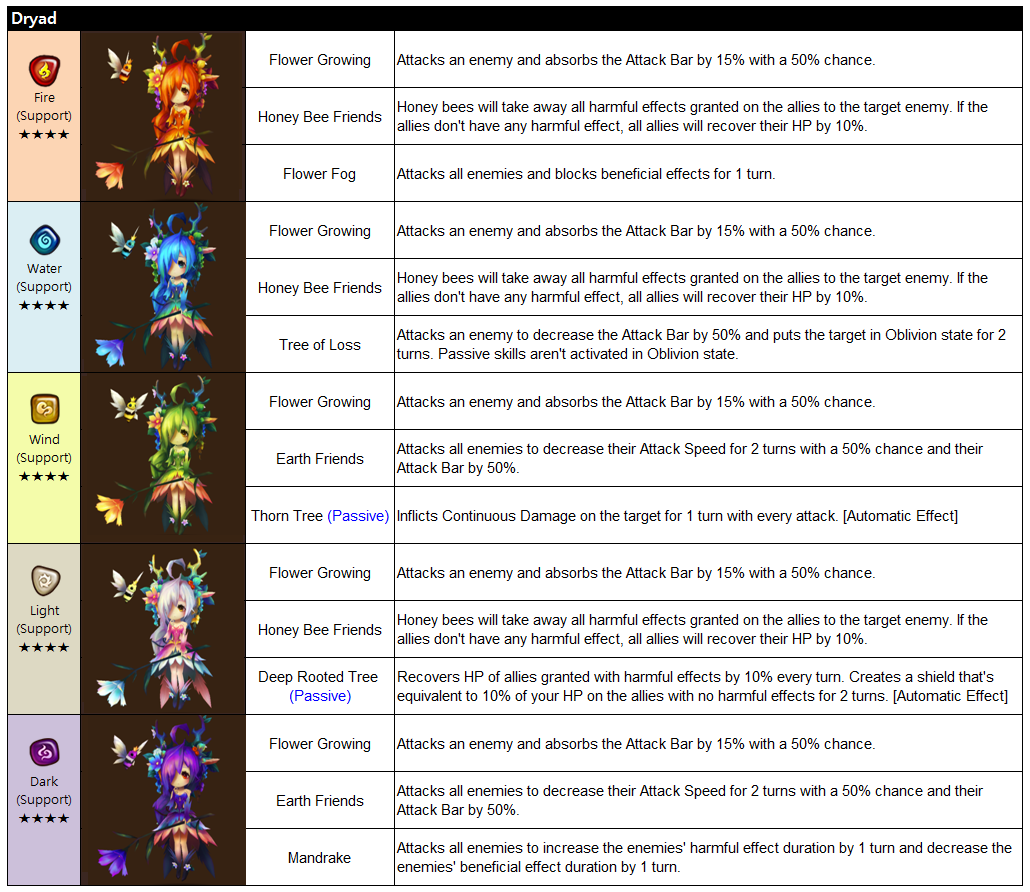 > Monster Storage and Rune Inventory Improvement
[Monster Storage]
- The MAX no. of slots has been increased from 600 to 700.
* You can use the expand feature to expand your Monster storage slot up to 700. 1 expand (10 slots) costs 200,000 Mana Stones or 50 Crystals.

> [Tartarus' Labyrinth] Improvement
- An Icon where you can save your Monster deck in the battle preparation screen has been added.
: You can now manage up to 5 Monster decks that you frequently use in the labyrinth with more ease.
Please make sure to tap the Save Button to save up your deck modifications.

- A notice pop-up has been improved for you to check the list of Guild Members currently battling in the stage that's close to be cleared.

- Numbers have been labeled in each stages so you can easily distinguish the location of labyrinth stages in the Battle Info Menu.

- [Info > Ranking] A guild ranking feature has been added.
: You can now check the list of top 100 Guilds that cleared the labyrinth by clear rank and clear time. The ranking will reset after a fixed time, and the best record of your Guild can be checked at the bottom of the menu.

- Intro and ending sound effects have been added for the Guardians of Labyrinth battles.

> User Convenience Improvement
- [Siege Battle] A UI that displays the Guild Members currently attacking the base has been added. This feature will allow you to check the list of Guild Members already attacking the base before entering the battle preparation screen.
- [Rune > Enchant] The text colors that display the enhanced stats will be distinguished as follows: [Amplify (Grindstone) - Orange color/ Change (convert) [Enchanted Gem] - White color]
- Monster levels will now be displayed on the battle result screen. With this, you will be able to check each Monster's level on the battle result screen without going back to the preparation screen.

> Dark Beast Hunter's Awakened name has been changed to Hanra.

> Legendary Package Item Icon and pop-up UI have been modified. 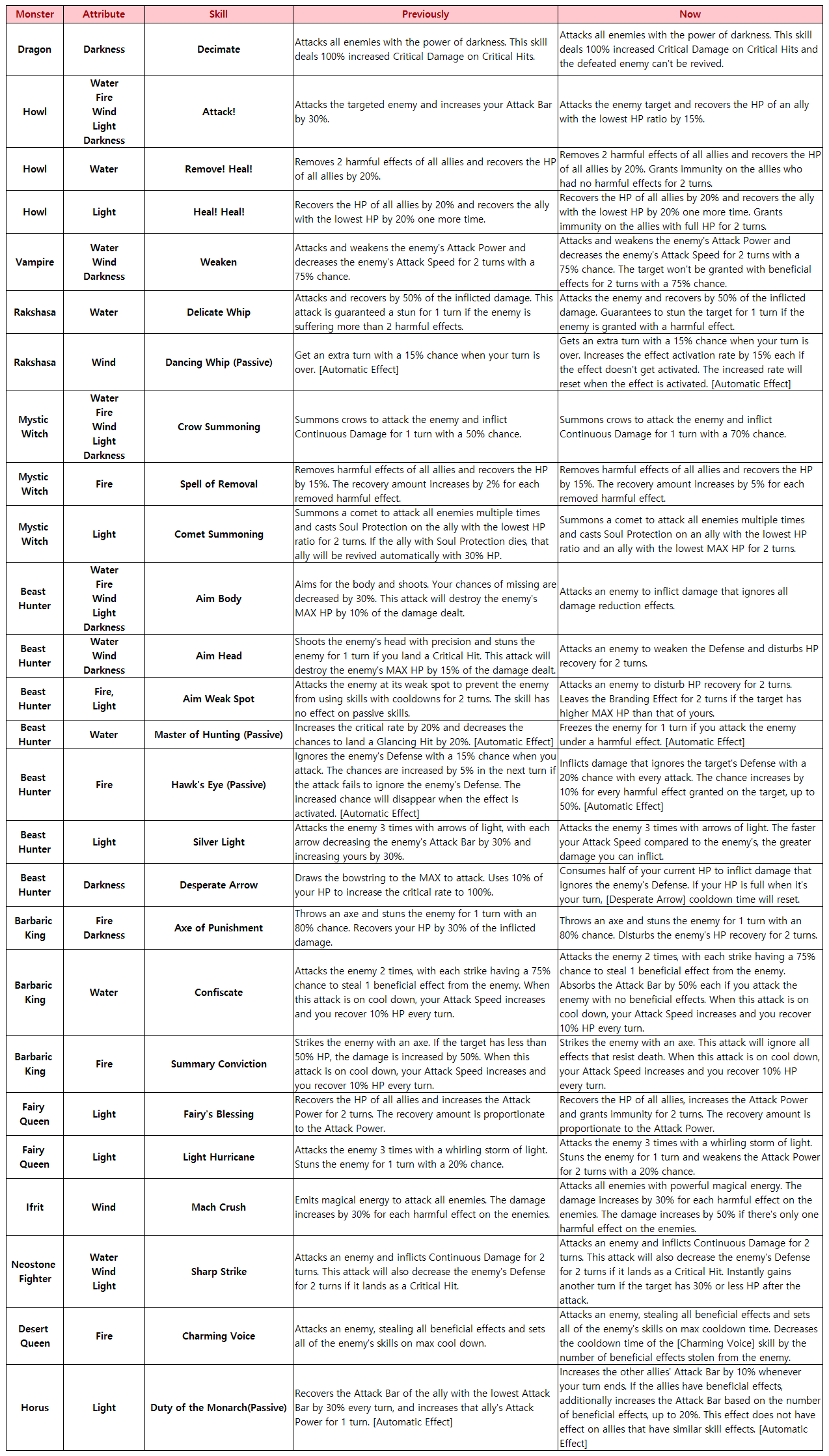