Summoners War v4.0.8 has been updated.
Please check below for details! 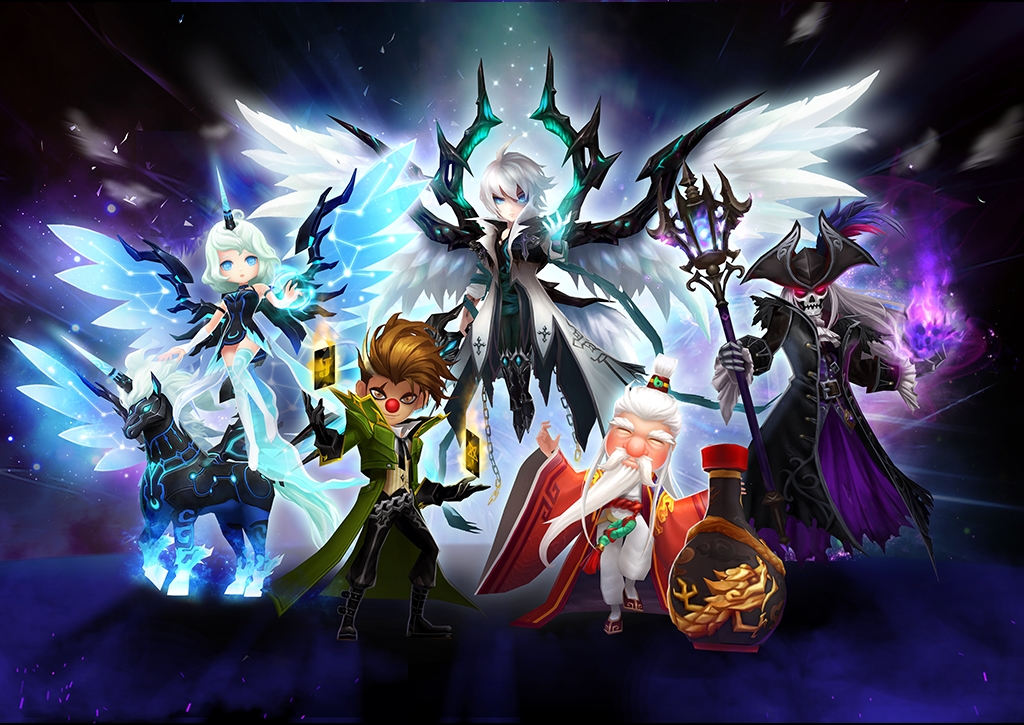 > Tartarus' Labyrinth Balancing Modification
- New Easy difficulty level, a level that's easier than Normal level, has been added.
If you are one of Summoners who were having a tough time clearing stages in Normal level, we strongly recommend you to try out the Easy level!

- The Guardians of Labyrinth (Leos/Kotos/Guilles) battle balancing modification has been made.
: [Hard] The condition of the boss gaining a turn with [Immemorial Time (Passive)] skill has been eased.
: [Normal] The skill activation condition of [Guardian of Labyrinth (Passive)] has been modified. (Activates when HP decreases by 25% > 35%)
: [Normal] Immemorial Magic Power rune types have been modified.
Leos: Despair/Focus/Rage/Will > Despair/Will
Kotos: Violent/Revenge/Rage/Will > Violent/Will
Guilles: Destroy/Shield/Rage/Will > Destroy/Will
* [Normal] Due to the balancing modification, the boss battle order of Guardians of Labyrinth (Leos/Kotos/Guilles) has been reset to the default set. Please set up your boss battle order once again.

- The Ruler of Labyrinth (Tartarus) battle balancing modification has been made.
: [Hard] The condition of the boss gaining a turn with [Immemorial Time (Passive)] skill has been eased.
: [Normal] Immemorial Magic Power rune types have been modified.
Tartarus: Violent/Despair/Destroy/Rage > Violent/Despair/Destroy
: [Normal] [Big Collapse] skill has been modified. (Attacks the enemies randomly 3 times > 2 times and the attacked enemies will be guaranteed to have low HP.)

> [Tartarus' Labyrinth] UI Improvement
- The HP bar UI of the Guardians of Labyrinth (Leos/ Kotos/ Guilles) has been improved.
: The HP bar will be distinguished which will allow users to acknowledge when the [Guardian of Labyrinth (Passive) - attacks whenever HP decreases by certain amount] is activated. (Easy: 50% HP/ Normal: 35% HP/ Hard & Hell: 25% HP)

> The amount of Mana Stones you get from selling runes has been increased. ([Rage/Violent/Despair] runes excluded)
* This modification will be applied to the game after the v4.0.8 update patch.

> The amount EXP you acquire from the [Dimensional Rift] battle has been increased greatly.

> If you have a Monster that reached its Max level in the battle result screen, the [Prepare] Menu Button will be displayed instead of [Retry] Menu Button.

> [Tutorial] If you type a Summoner name that already exists, other available Summoner names will be recommended.

> You will now be able to check your Profile Info screen when you tap your Summoner name in the chat. (You won't be able to modify the Monster placement and background via this route. You can manage your Profile by going to the Summoner's Tower > Profile.)