Summoners War v4.1.2 has been updated. Please check below for details! 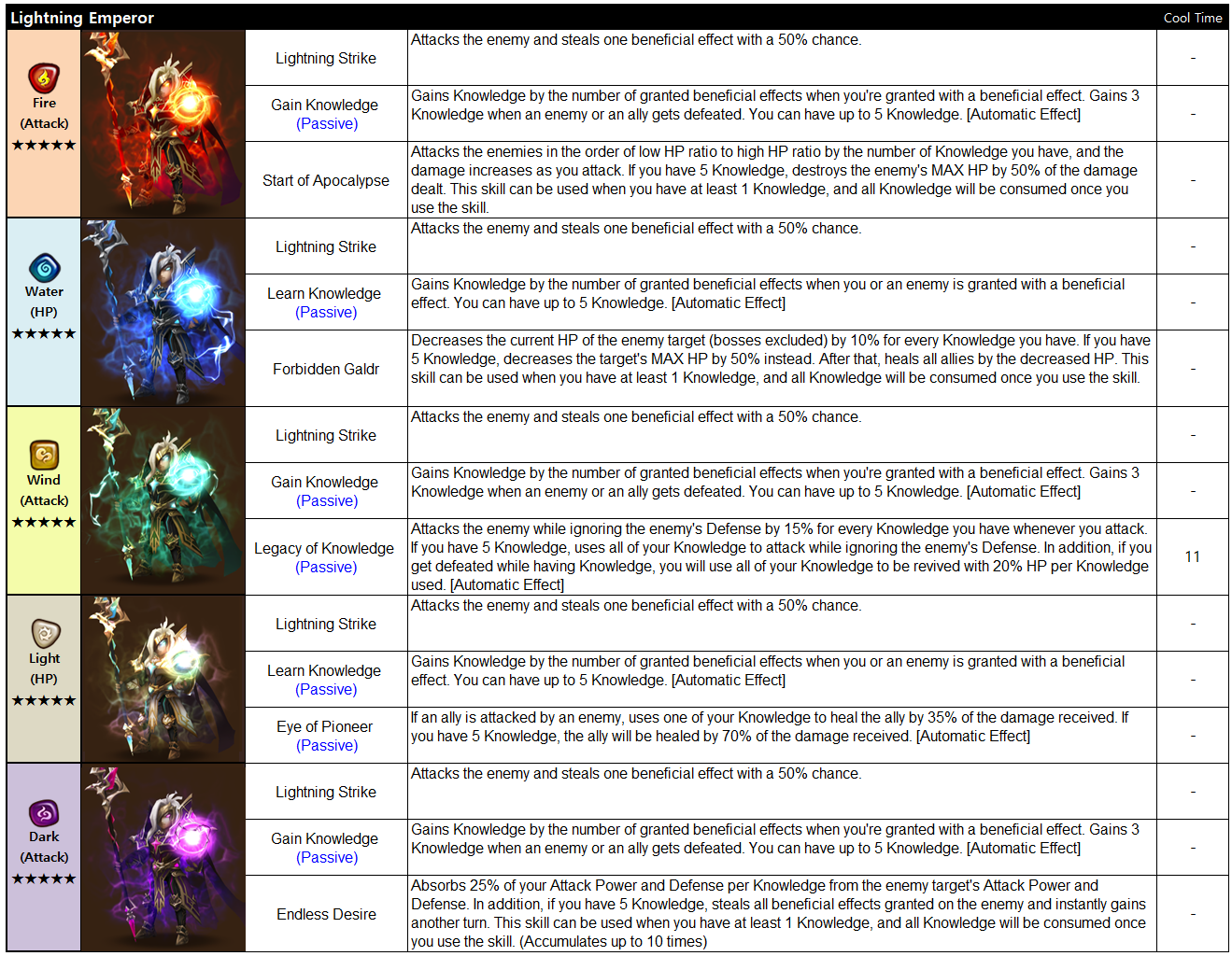 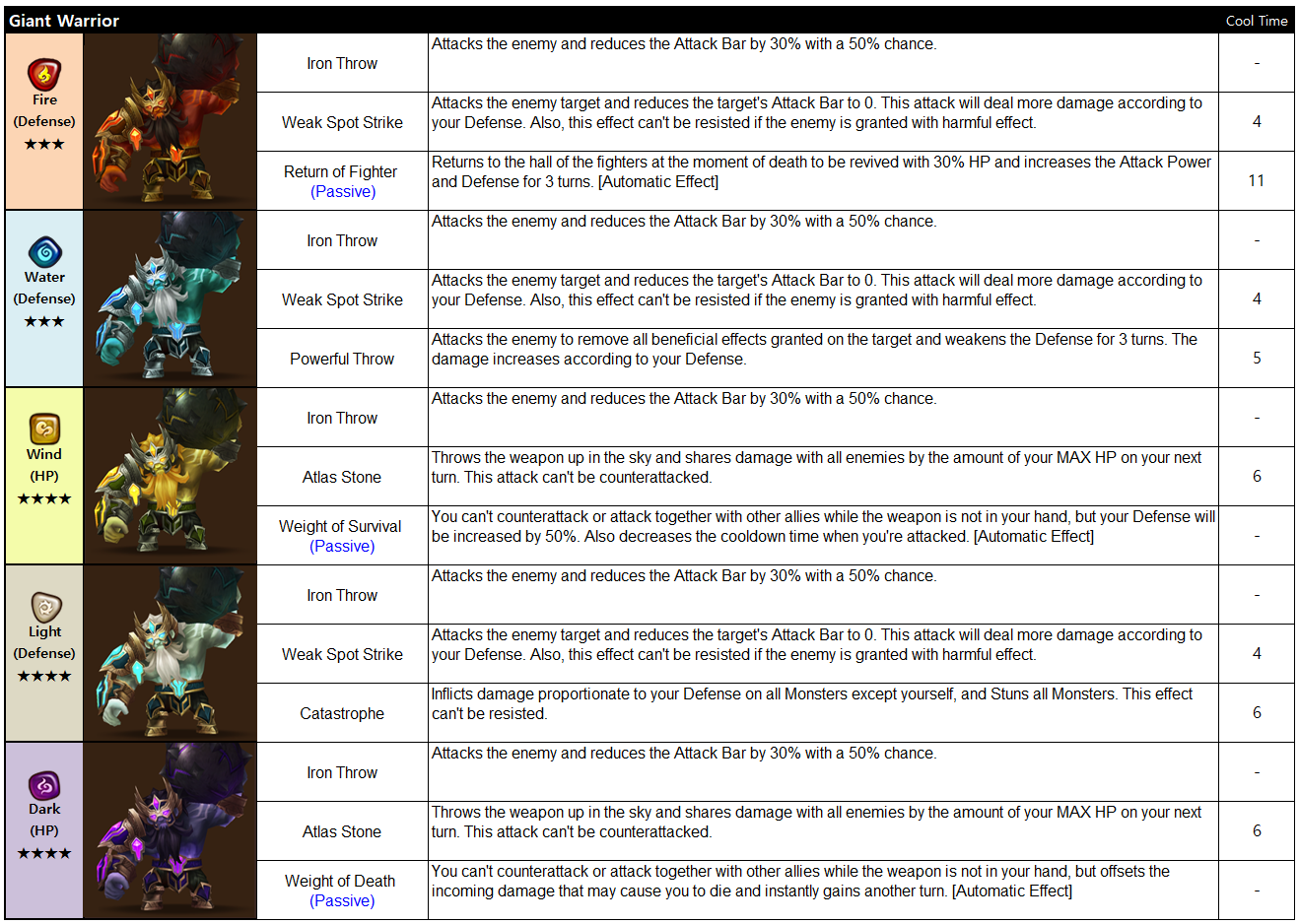 > [Tartarus' Labyrinth] Improvement
- You can now enter a stage to battle with 5 Energy instead of 10 Energy.
- You can now choose one of stage types (Normal/ Escape/ Explode/ Cooldown Time Up/ Speed Limit/ Time Limit) and check where the stages are located in the exploration screen. (Icon located at the left side of the Tartarus' Labyrinth screen)
: This feature applies to the stages that are available to enter.
- The Monsters you already used will now be shown as deactivated in the battle preparation screen in order for you to check which Monsters you can use on your next battles.

> [Tartarus' Labyrinth] Bug Fixes
- [Hard & Hell] Guardians of Labyrinth (Leos/Kotos/Guilles)
: Fixed the issue of the [Guardian of Labyrinth (Passive)] skill not activating when the boss has 25% HP or below.

> New Ranking Feature
- A new ranking feature where users can check the rankings based on the dungeon best clear records has been added.
- [Ranking] menu has been added in the Cairos Dungeon and Rift Dungeon.
(Cairos Dungeon): Giant's Keep/Dragon's Lair/Necropolis/Hall of Magic/Attribute Dungeons
(Rift Dungeon): All Attribute Dungeons
- For Cairos Dungeon, ranks will be tallied based on your best clear record (fastest time).
- For Rift Dungeon, ranks will be tallied based on the achieved points.
- You can check the monster deck used when you tap the record.
- Records are displayed in milliseconds to distinguish the dungeon records.

> Clear Record Modification
- If you get the fastest clear time using your friend's monster, that record won't be applied to your Profile (Record) menu or as the best clear time.
- Some of dungeons will no longer have the clear time record displayed.
(Cairos Dungeon): Hall of Heroes & Event Dungeons (Angelmon/Devilmon/Rainbowmon)
* Due to the new ranking system, the Profile > Record info and best records will reset. We ask for your kind understanding.

> [World Arena] - The winner of SWC 2018 World Finals has been added to the Hall of Fame menu.

> EXP Booster Improvement
- [Challenge: Fast Leveling Strategy] - Modified the quest clear condition from using the EXP Booster to while the EXP Booster is in effect.
* The EXP Booster effect is applied automatically when Goddess Ameria's Blessing is activated.
- EXP Booster item given as a reward from the Challenge/ evolving the first 5★ Monster will now be stored at the Inbox for 99 days instead of 7 days.

> Bug Fixes
- Fixed the issue of the booster image (EXP/ Mana Stones) remaining in the battle ending screen even after the booster time has ended.