Summoners War v4.1.4 has been updated. Please check below for details! 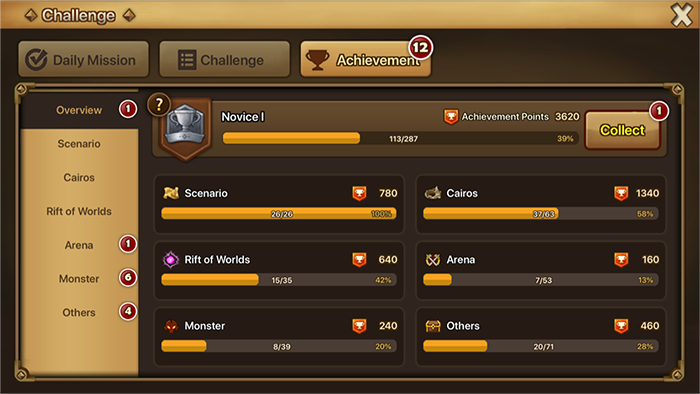 - Achievement grade feature has been added.
: Earn achievement points by completing various achievements! You can get rewards based on the grade you reach.

- 176 new achievements have been added.

- The reward for completing the "Expert Monster Trainer - Reach MAX level with a 5★ Monster 1 time" has been modified.
: [Before] 4★ Rainbowmon x1 / Mystical Scroll x1 > [After] 4★ Rainbowmon x2

> [Profile_Record] The achievement info has been added. 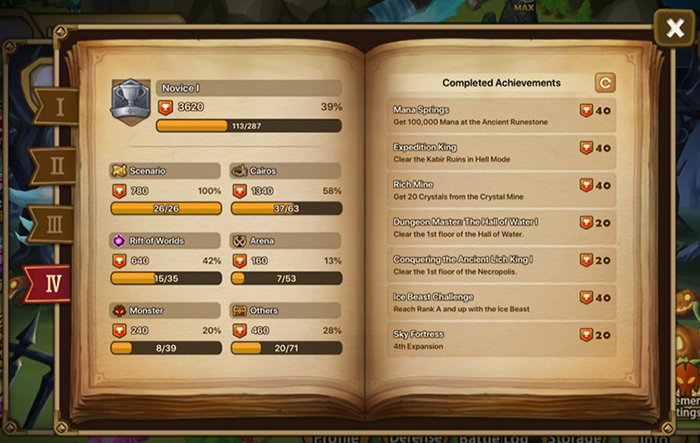 > [Rift Dungeon] Improvement
- The battle result screen UI has been improved.
: The UI will now display both the damage you dealt in the battle and the highest damage you achieved so far.
: The reward item will now be displayed in a box pop-up format so you can see which reward you acquired from the battle more clearly.

- A quality of items being dropped at the [Rift Dungeon] has been improved.
: The drop rate of Rune/ Enchanted Gem/ Grindstone items that are given as rewards for clearing the battle with Rank S and up has been increased slightly. You will now be able to acquire higher quality [Runes, Enchanted Gems and Grindstones].
* The drop rate of 3★ Rainbowmon and Rune Pieces has been downgraded each.

> [Craft Building] New Items
- [Special] A Legendary Magic Box has been added. You can craft the Legendary Magic Box with materials dropped in the Rift Dungeons.
: 4 of the following rewards will be acquired. Either an Enchanted Gem or a Grindstone with Hero grade or higher will be guaranteed. 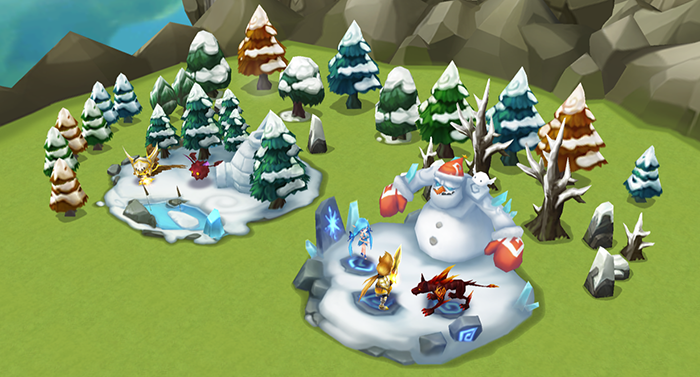 > [Cairos Dungeon/ Rift Dungeon] When you achieve the best record and enter Top 100 with the record, a chat notification will appear. When you tap on the notification, you will be able to check the rank details of the Summoner.

> [Daily Missions] The descriptions of the Rift Raid related hidden missions have been improved.

> A graphic of Druid (Beast form) has been improved.

> Bug Fixes
- [Siege Battle] Fixed the issue where the users could check the rune information of the Monsters placed in the opponent guild's base under certain situations.