Summoners War v4.2.4 has been updated. Please check below for details!

> Starter Packs have been renewed as follows. 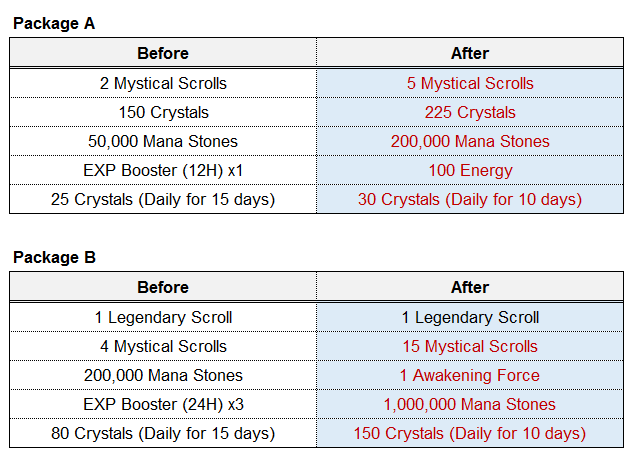 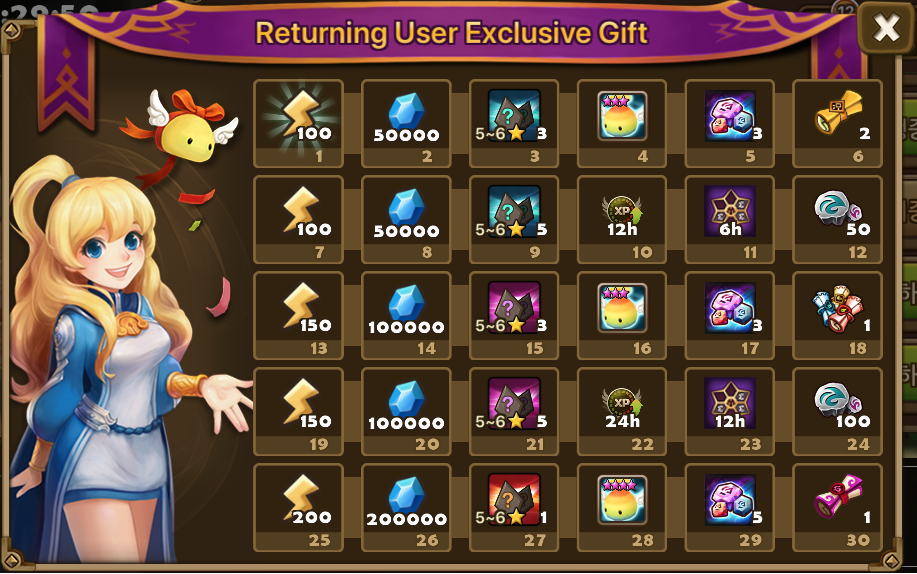 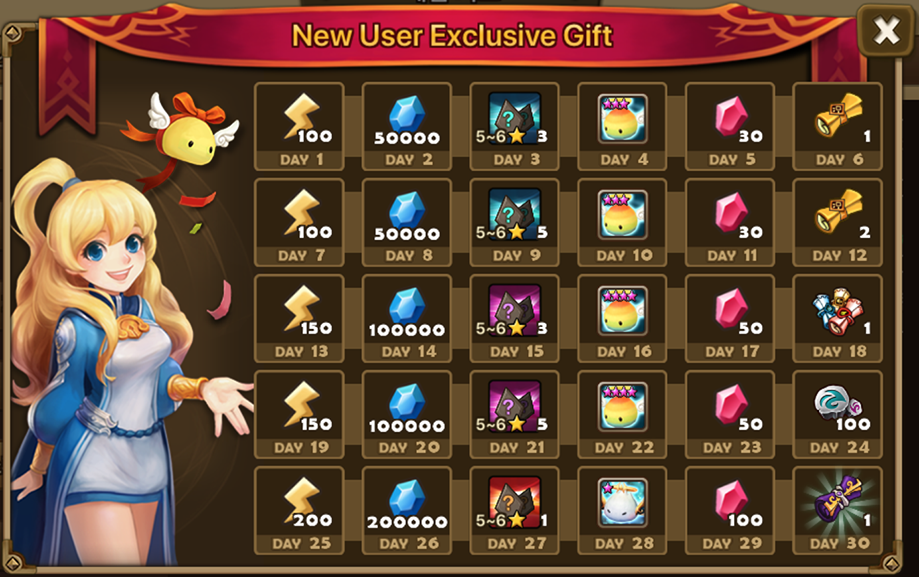 * The users who have been claiming previous returning user check-in rewards will receive the previous check-in rewards for the remaining period.
* This will be applied to the game after the v4.2.4 update patch is released on global server. (After Mar. 14th 1:30am PDT)

> [Siege Battle] The amount of guild points given as rewards is now correctly displayed in % at the reward information menu.

> [Android] Fixed graphic errors that occurred on some devices.