Summoners War v4.2.7 has been updated. Please check below for details! 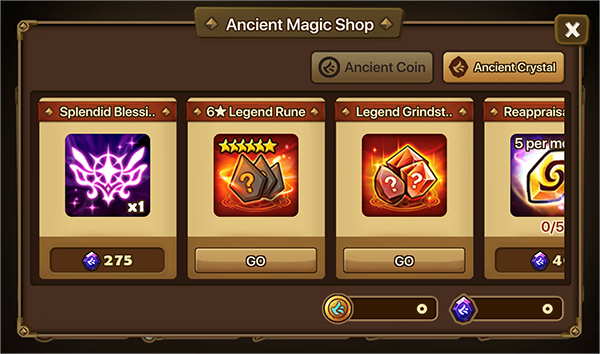 > [Monster Debate] menu has been changed to [Monster Info]. The renewed Monster Info presents records and information of monsters at a glance. (Monster > Info screen > Icon on the right)
- Monster Debate: Like the previous Monster Debate feature, Summoners can leave comments regarding the Monster and check each other's comment.
- Friends: You can check the detailed information of the Monster your friends possess. (Rune set effects, etc.)
- Usage: You can check how the Monster is used and the info of the deck where the Monster is used in.
* The list shown in the [Usage] will be generated based on the gameplay records of the previous day.

> [Guild Summon] Improvement (Community > Guild)
- The Monster thumbnail will have a new effect that indicates the default 4~5★ Monsters summoned in the Guild Summon.
- Fixed an issue of the info pop-up not showing even after tapping the monster thumbnail when you enter the Guild Summon for the first time.
- Previously, other guild members had to wait until the ongoing summon of other guild member is over. With the improvement, guild members can use the scrolls without having to wait for other summons to end.
- Modified the guild summon button and the expiration time display text to not to be overlapped for some languages.
- Modified the item order of the Mystical Guild Scroll Pack item. (Mystical Guild Scroll <> Crystals)
- Improved the chat notification text to display the time when a guild member purchases the Mystical Guild Scroll Pack.

> [Rune Management] Feature Improvement (Monster > Rune)
- The runes shown in the Before/ After section will now have their power-up level displayed.

> Improved the [beneficial effect and harmful effect] text display to be shown more naturally in battles.

> Improved the selection pop-up UI of some items that present multiple runes with details and ask you to choose one to acquire.
In the improved UI, the rune type will be shown more clearly. (Ex: Guild Shop/ Mysterious Rune Box, etc.)