Summoners War v4.2.9 has been updated. Please check below for details!

> Some skills have been balanced. 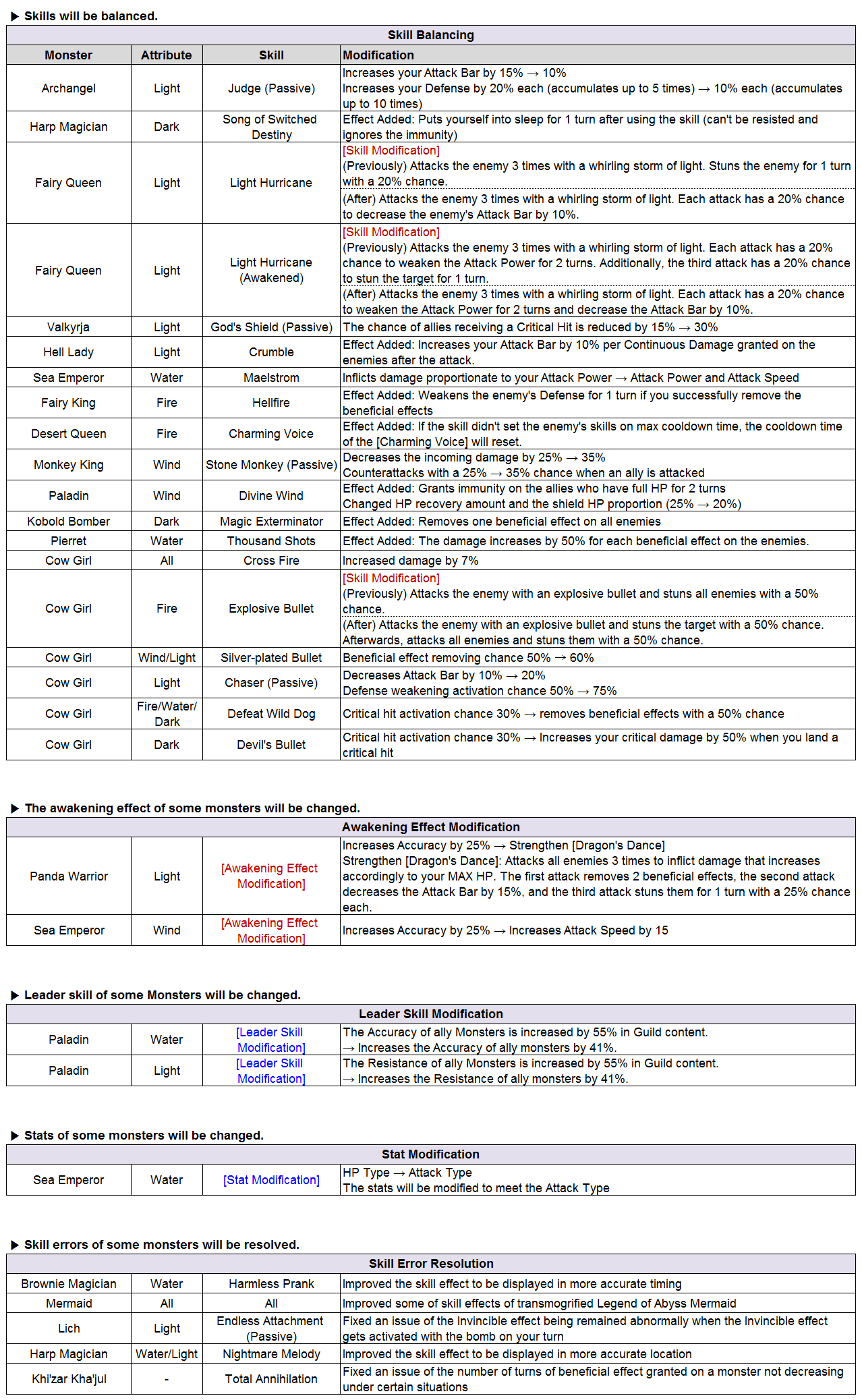 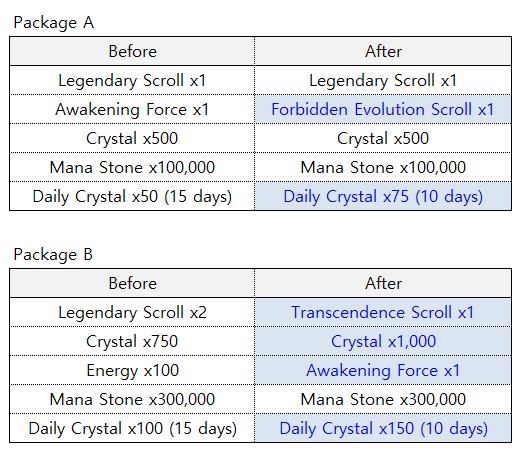 > [World Boss] The level limit for monsters who can participate in the battle has been changed from Lv. 30 to Lv. 15.

> Enhancing Monster Storage Convenience Improvement
- The effect and speed that display when storing monsters have been improved.
- The background UI of storage has been changed to make items to be more recognizable.
- Fixed an issue of the scroll in the monster screen within the inventory not working properly under certain situations.

> The level of Super Angelmon which is given as one of new user check-in rewards has been changed from Lv. 1 to Lv. 15.
* This modification will be applied to the check-in reward that is available after the v4.2.9 update patch.

> [World Map] The Dimension Hole graphic has been renewed.

> Some of texts in the game have been modified.